Name Them Save Them Campaign 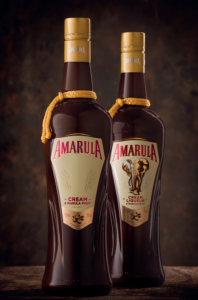 In October 2016, WildlifeDirect partnered with Amarula to protect Africa’s elephants. With less than 400 000 African elephants left and one lost every 15 minutes of every day to ivory poaching, experts indicate that this majestic species will be extinct by 2030! To protect Africa’s heritage and further entrench their commitment to conservation, Amarula has joined forces with Kenyan-based conservation organisation WildlifeDirect, working closely with their CEO Dr Paula Kahumbu.

Paula appears in an extraordinary video, shot on location in the Amboseli Park – Kenya, in front of Mt Kilimanjaro. She introduces viewers to elephants by name, showcasing their behaviour in their natural habitat, likening their traits to those of humans.

The short film, shot by Felix Seuffert from Butterfly Films, was specifically crafted to raise awareness of the plight of the African elephant, whilst building the bond between man and elephant. The Amarula campaign entitled Name Them, Save Them makes the prospect of losing an African elephant personal to viewers by sharing how like people elephants truly are, then more powerfully through the simple action of inviting people to name the surviving elephants.

Join the campaign by creating your own digital elephant here. 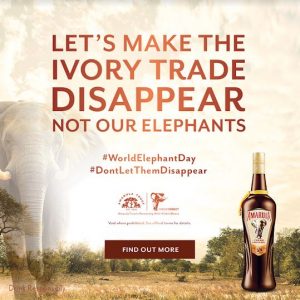 In July 2017, Amarula brought top influencers from Kenya, Canada, Germany, South Africa, and USA including a celebrity from Brazil to Amboseli National Park as part of the anti-ivory poaching campaign.

On August 12, 2017,  Amarula and WildlifeDirect launched #DontLetThemDisappear Campaign calling on all people to unite in their conservation efforts to ensure that these critical species endure forever. Amarula erected a massive ice elephant sculpture in Union Square, Manhattan where Dr. Paula Kahumbu the Amarula Brand Ambassador talked to consumers about the plight of our elephants. During the promotional period, Amarula’s distributor in U.S. Terlato raised $120,994 from the sales of bespoke bottles sold in select states in USA.

For every elephant digitally created on the site, Amarula will donate $1.00 to WildlifeDirect.  With fewer than 400,000 elephants, Amarula released 400,000 individualised Amarula bottles – one bottle for each of the remaining elephants.

In 2018 #DontLetThemDisappear Campaign was activated in four cities during the World Elephant Day.  Life-sized elephant sculptures were erected in Sao Paulo-Brazil, Toronto-Canada, Johannesburg-South Africa and Nairobi Kenya, to symbolize the disappearance of African elephants and raise awareness about the plight of the elephant across the globe. During the activations, Amarula’s  Global Travel Retail ran a donation campaign of € 50 553 while Amarula Canada donated $10,000 Canadian dollars following over 12,000 retweets of one of the campaign posts. Dr. Paula Kahumbu in Amboseli during the campaign shoot in 2016 Amarula team of instagram influencers in Amboseli in July 2017