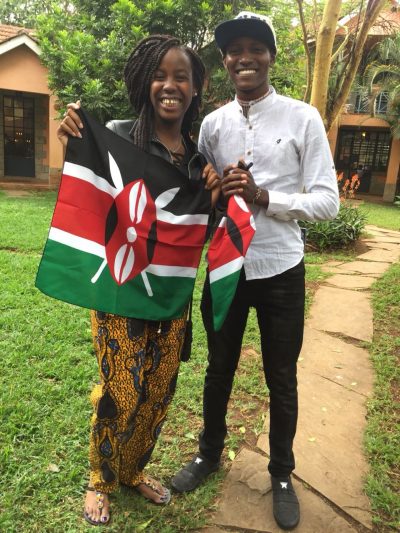 Tiassa and Richard during a luncheon hosted by WildlifeDirect

In a world where humans are the biggest threat to survival of wildlife, it is inspiring to see young people passionate about wildlife conservation. In most cases, youth have always felt detached and disengaged from conservation efforts due to lack of awareness or meaningful engagement.

Over the years, WildlifeDirect has walked with these young wildlife warriors over the years and supported them in their quest to pursue conservation goals and inspire others to follow suit.

At the age of 15 years Tiassa Mutunkei founded Teens for Wildlife, a youth movement that targets young people with messages about wildlife conservation, fighting poaching and illegal wildlife trade. Her passion and success led her to be awarded a scholarship to study at African Leadership Academy in South Africa for her ‘O’ Levels.

Richard Turere was only 12 years old when he invented the lion lights. He wanted to solve the problem lions attacking cattle in his family’s boma. In the beginning, he used fire but that did not work. He also tried using scarecrows which did not work too. After discovering that the lions were afraid of moving lights the idea of the lion lights was born. He spoke about his invention at the highly acclaimed Ted Talk. He also got a scholarship to attend Brookhouse School. He is now off to pursue his ‘O’ Level at the African Leadership University in Rwanda.

We are delighted to host them to a luncheon and wish them all the best as they embark on this new journey to become leaders inspiring others to also become champions for wildlife. 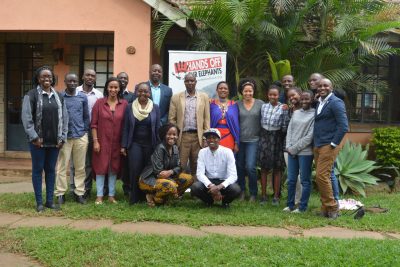