End of an era for a super tusker in Amboseli

Nairobi, February 06, 2020: WildlifeDirect is heartbroken with the news of the demise of Tim, a majestic elephant, probably the biggest elephant in Africa. Tim was famed for his giant tusks, he awed and inspired so many people and attracted world-class photographers hoping to get a rare shot. 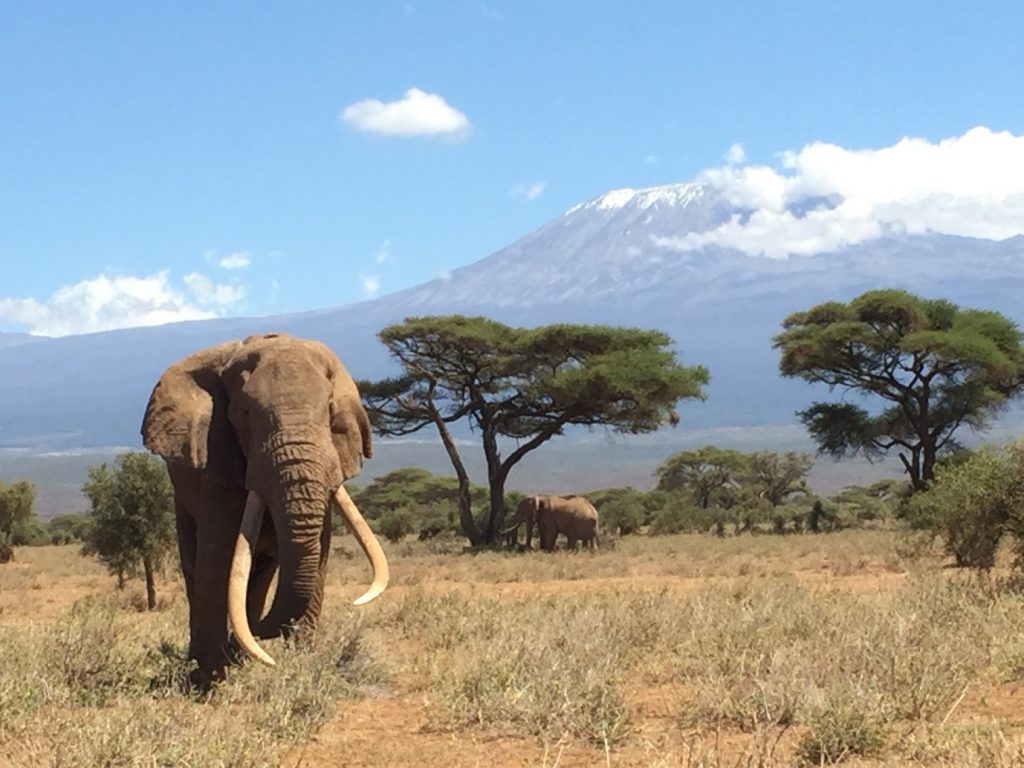 “I feel especially fortunate that Tim let me get close to him on many occasions. If I said I was in awe of Tim, it was an understatement. Whenever others saw him there were the gasps of disbelief.”, said Dr. Paula Kahumbu-CEO WildlifeDirect.

In 2014 during a board meeting in Amboseli WildlifeDirect found out that Tim was injured. Someone had speared him and he was limping. The WildlifeDirect board members were very upset that such a giant had no protection. They immediately committed to saving Tim. It wasn’t until September 2016 that we could put the collar on him – the project involved many players, Save the Elephants, Big Life Foundation, Amboseli Trust for Elephants, Kenya Wildlife Service, and the community. Tim was fitted with a collar and that meant he could be followed, protected and kept out of farms. Read Dr. Paula Kahumbu’s article about the day Time was collared here. The collar worked exceptionally well but after 2 years Tim somehow lost his collar. Without it, he and his gang could return to his nocturnal raids on nearby farms.

Tim wakes up with a tracking collar round his neck after the successful operation to fit the collar in Amboseli, Kenya, on 10 September 2016. Photograph: Paul Obuna/WildlifeDirect

During the filming of the Wildlife Warriors documentary series last year, Dr. Paula Kahumbu and crew went to look for Tim. He was standing with his “askaris”, a group of big bull elephants who stood in a defensive array of outward-pointing tusks. There was Tolstoy who is easy to spot as the tips of his tusks have been sawn off. Townsend, who is Tim’s little nephew. They wafted their ears lazily even though they looked awake and terrifying, the crew could see that they were deeply asleep. Tim slept last – mostly because his body kept swaying slowly from side to side as if he was about to fall down. And then defying all the science, that a large elephant cannot lie down and sleep, the entire group lay down in front of the crew and snored for two hours. Watch the Wildlife Warriors episode here.

WildlifeDirect is glad that Tim did not die under a hail of bullets like other elephants in recent years but instead died of natural causes. We hope that the passing of Tim will inspire the launch of a national elephant naming ceremony so that all elephants can be celebrated annually as central to the heritage and identity of Kenya.

RIP Tim, fly with all the other Elephant Angels