Exploring A Cheetah’s Journey On My Wild Africa 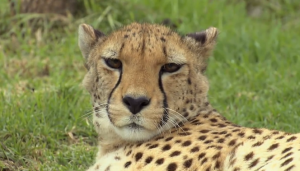 Sundays at 5:30 PM EAT on Kenya’s popular broadcasting channel Citizen TV are always anticipated by viewers across the country. The My Wild Africa series by WildlifeDirect and Wildlife Warriors TV brings high-quality wildlife documentaries produced in Africa. In October, Kenyans followed the lives of cheetahs in training to be ambassador animals of their species in the second season of cheetah diaries.

The series took us through the extraordinary lives of predators at the Cheetah Outreach Centre, an organization that works to promote the survival of the free-ranging South African Cheetah through environmental education and conservation initiatives. Viewers are introduced to the day to day lives of different predators, their different personalities, and how they are taken care of.

The Cheetah ambassador program trains the fastest land animal, the cheetah. Viewers get to meet the cheetahs Felix, Garfield, Heathcliff (Chobe), Shadow, Isis, Kamikaze, Jasmine, Savannah, Nkosazana, and Sha. They watch as their handler’s hand raise the first batch of cheetah cubs Felix, Garfield, and Heathcliff, introducing them to different types of foods and also use different methods of behavioral conditioning during mealtime.

Not every cheetah is suitable to be a cheetah ambassador, this becomes clear when the second batch of cheetah cubs Isis, Kamikaze, and Jasmine arrives at Cheetah Outreach Centre. Ambassador cats should be selected carefully and only include animals that are emotionally suited to having interaction with the public and should enjoy spending time with people. These little cubs seem to take a longer time to bond with their handler which puts their future as ambassadors at risk. Viewers also watch as Shadow, who is 13 yrs, and one of the oldest cheetah ambassadors struggles with his health. As the team at the Cheetah Outreach Centre reminisce on Shadow’s achievements where he has met with over half a million school children in South Africa as part of the education & outreach program, viewers get to see how an ambassador cheetah’s work looks like.

Cheetah Outreach  Centre also understands that to save the free-ranging cheetahs, other predators must also exist in the ecosystem. The center takes in other predators other than cheetahs who have very interesting personalities. The audience first meets Little Jack the Jackal who stays at the Cheetah Outreach only for a while as one of the handlers finds him a new home. Jackals often live in a pack of about six members and each jackal family has their own yipping sound that only members of their own family respond to.  Little Jack narrowly escaped death where the farmer who found him had killed his family and was going to kill him if he couldn’t find a home. Fortunately, Jack found a home.

Viewers also meet Sebastian, the meerkat, who is very lonely at first which is normal for meerkats because they live in social groups headed by an alpha pair. He then finds a great partner in Minki, another meerkat at the Cheetah Outreach Centre.

Cheetah Outreach Centre also has a Mountain Lion known as Brandy whose stay is short-lived since Mountain Lions are very strong and the facility didn’t have the required equipment for her. This cat can be found throughout most of South and North America. These cats have a poor sense of smell but have excellent vision and hearing that help them hunt in the early morning and evening hours. Their powerful hind legs enable them to jump as far as 40 to 45 feet (12 to 13 meters). During her stay, she is able to educate people more about other predators.

Malaika the caracal who initially lived with jackals is also seen to have a very friendly nature contrary to the behavior of caracals in nature. Caracals have strong hind legs that allow them to leap up to 10 feet high and can grab birds from midair with their thick, hooked claws. Cheetah Outreach Centre keeps  Malaika the caracal is agile in her enclosure. By putting meat in high places allows her to jump for it. She is also given toys to play with and has been placed next to Baggins, a serval cat at Cheetah Outreach Centre.

The Cheetah Outreach Centre also has another program that hopes to reduce human-predator conflict in South Africa. The center started this project in 2005 to introduce the Anatolian Shepherds Dogs to serve farmers in South Africa. A majority of cheetahs and other predators in Africa live outside protected areas on farmland. It is essential for the survival of the species to find non-lethal methods of protecting livestock from predators in order to reduce conflict between farmers and cheetahs. Cheetah Outreach Centre provides each dog to the farmer for free and pays for all food and medical expenses for the first year until the dog is signed over to the farmer. The dogs protect the livestock and the farmers don’t have to shoot or poison predators such as cheetahs, leopards, serval cats, and caracals. Viewers get to see Felix the guard dog, learn how he protects his herd of springbucks through a special bond he develops with one springbok in the herd.

Cheetah Diaries showed the plight of the cheetah and the ways in which people are working hard to keep the species alive.

We are grateful to all our donors and supporters who have made it possible for WildlifeDirect and Citizen TV Kenya to bring My Wild Africa films to Kenyans. Tune in every Sunday at 5:30 PM EAT for more thought-provoking and exclusive wildlife and nature films about African wildlife.