Somewhere in Northern Kenya lies a gem. A stunningly beautiful but endangered zebra that many Kenyans have never heard about, let alone seen. This is the story of the Grevy’s zebra. A rare Kenyan heritage that needs to be protected before it goes extinct. 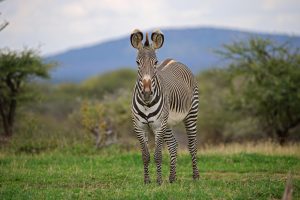 Grevy’s zebras are the largest of the three zebra species. The other two are plains zebra and mountain zebra. Grevy’s zebra are taller, have narrow stripes, white belly, round ears and brown muzzle, which easily distinguishes them from the common plains zebra that are usually smaller in size and have larger stripes and a black muzzle. Grevy’s zebras live in arid and semi-arid lands and can stay without water for up to five days. Plains zebras on the other hand need water on a daily basis and are geographically widespread, hence found in the many game reserves and parks.

Grevy’s zebras were named after François Paul Jules Grévy who was the President of France from 1807 to 1891 by Jean-Frédéric Émile Oustalet, a French zoologist.

Grevy’s zebras are currently found in Kenya and the Ethiopia. They originally inhabited 5 countries, namely; Djibouti, Eretria, Ethiopia, Kenya and Somali however, as their numbers plummeted as a result of land degradation, loss of habitat and poaching, they moved to the Northern part of Kenya and the Southern part of Ethiopia. They are considered an endangered species whose population has now reduced from 15,000 in the 70s to less than 2,500 in 2016. Kenya is home to over 90% of the total population of Grevy’s zebras and the more reason why we should pay a close attention to their survival. 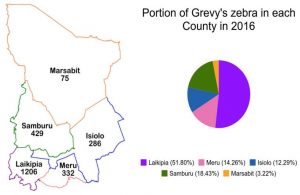 This year, WildlifeDirect is partnering with the Grevy’s Zebra Trust and nine other conservation organizations to organize the second Great Grevy’s Rally that will be held on the January 27th and 28th across 5 Counties in Northern Kenya including Laikipia County, which has the largest population of Grevy’s zebra in Kenya. Other counties include, Isiolo, Meru, Marsabit, Isiolo and Samburu.

We need your help to create awareness and support efforts towards protecting the future of Grevy’s zebras. To be part of this amazing two-day weekend adventure register your team by contacting the organizing team through the sign up form on www.greatgrevysrally.com or email info@greatgrevysrally.com.

WildlifeDirect through support from Mpala Research Centre will take about 30 school children from various schools in Nairobi to participate in this citizen science initiative that allows anyone who is not a scientist to contribute towards data, which will inform science. Our main focus is to connect Kenyans to their wildlife and nature and inspire them to treasure and act to conserve it. To ensure a sustainable and healthy environment where all wildlife and plants thrive, we have to empower the future generation.  We are building a generation of wildlife warriors who will defend the planet in future by involving them in all our conservation efforts.

The young generation plays a pivotal role in determining the future for wildlife and wild lands. The children are encouraged to act as “citizen scientists,” and open their minds to the importance of the world around them, with a particular emphasis on conservation.

GGR is not just about counting animals. It is a photographic census to monitor the health and status of the endangered Grevy’s Zebra. The results from this census will inform the decisions made to protect Grevy’s zebras.  Theme this year is, “Kenyans empowering conservation” and will include the count of reticulated giraffe, which is also threatened. GGR brings together communities, conservationists, national and county governments, scientists and the public to protect the future of Grevy’s zebra.

Last year, the first GRR brought together 118 teams who collectively drove over 25,000 km and took more than 4,000 photographs that were analyzed using Image Based Ecological Information System (IBEIS). This software leaves no room for double counting and provides complimentary data, which cannot be obtained via aerial count. The IBEIS software was built by a team of faculty, students and engineers at Princeton University, Rensselaer Polytechnic Institute, the University of Illinois-Chicago, and Wild Me. 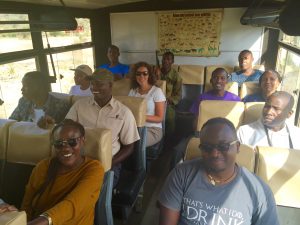 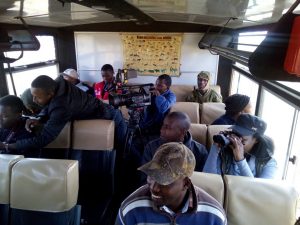 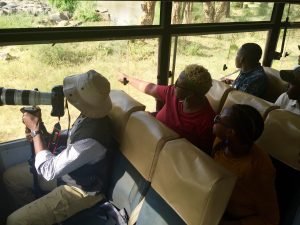 On January 6th and 7th the GGR organizing team took a team of journalists and bloggers from Kenya on a familiarization trip at Mpala Research Centre. During the two- day trip, team had the opportunity to learn about Grevy’s zebras and understand why they are threatened and how the photographic census will be conducted. They also had the opportunity to go on game drives and photograph Grevy’s zebras and reticulated giraffes.

The purpose of the trip was to bring a media attention to the Great Grevy’s Rally and give journalists and bloggers a better understanding of the threatened species and to use their platforms to create mass media awareness.