Skip to content
Previous Next
Grevy’s Zebra Results are out

Grevy’s Zebra Results are out! 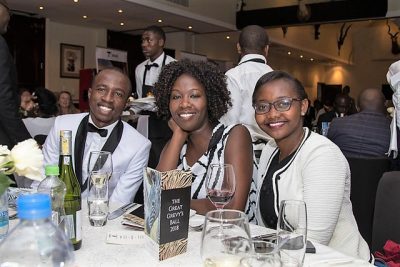 On June 23, the Great Grevy’s Rally results were released at the Great Grevy’s Ball 2018 in Laikipia. Despite many challenges that faced Kenya, Grevy’s zebras have weathered the prolonged drought, increased competition with livestock and increased poaching and disease. Nationally, the numbers have actually increased from 2350 to 2812. This is heartening and we are proud to have involved children during actual count that was conducted on 27-28 January 2018. We took children from Twin Star Academy and Red Rose Primary School, both in Nairobi, to Laikipia to participate in this year’s Great Grevy’s Rally. The children from Nairobi joined children from local schools in Laikipia, international scientists, and other conservation enthusiasts in the two day citizen science photographic census of the threatened reticulated giraffes and the endangered Grevy’s zebras.

The results were officially endorsed by the government of Kenya through the Ministry tourism and Wildlife. Speaking at the Ball, Dr. Patrick Omondi who represented CS Hon. Najib Balala called upon all stakeholders to join efforts in implementation of the National Recovery & Action Plan for Grevy’s Zebra (2017-2026) which was launched at the event.

Great Grevy’s Rally took place in January 2016 and produced over 25,000 usable photographs. This second census brought together  212 photographers in 143 vehicles covering 25,000 KM2 and snapping over 49,000 photographs of which 23,000 were of Grevy’s zebras. The census relies on image based software to count the animals. Read more about how our school children participated in our January newsletter

The report on the state of Kenya’s Grevy’s Zebras and Reticulated Giraffes can be downloaded here.