This week, the #WILDLIFEWARRIORS PHOTO COMPETITION on the theme A CLOSER LOOK AT NATURE received 167 photos from 63 amazing photographers.  The competition has captured the interest of young photographers as we received 29 captivating photos from 12 young people 15 years and under.

The judges were amazed by the number of entries in this week’s theme and were thus more meticulous in choosing the best photo focusing on the story as well as great execution. This was the most hotly contested judging and the decision made was tough. 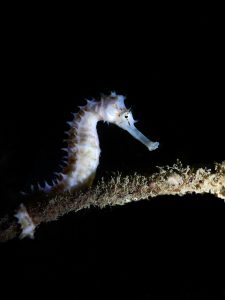 Mgeni Wamwachai for a well-composed image of a Thorny Seahorse (Hippocampus histrix) chilling in the dark.

The judges chose this photo and were intrigued by the sharpness of the image and the composition. They also noted that this is a more difficult image to get and the photographer had to use artificial light to showcase the seahorse with its natural background. The photo is line with the theme as it’s an amazing justification of taking a closer look at nature even when being underwater. We spoke to Mgeni about her photo.

Where was the photo taken? In the Shimoni channel which is between the Wasini Island and Shimoni.

What is the story behind the photo? The seahorse was found 14 meters deep in the Shimoni channel during a night dive. Seahorses are really shy and it’s usually not easy to take a picture of them as they are always slanting their heads. This one was really confident. I usually enjoy seeing white-colored seahorses during my dives. I had to shine a light on the seahorse at an angle to illuminate it.

What camera did you use? A waterproof Nikon COOLPIX W300 Camera

What do you do for a living? I’m a Marine Scientist and diver. I work with an organization that is coordinating with the Mkwiro community at the Wasini Island to restore degraded coral reefs

Any advice for upcoming photographers? For underwater photography, sometimes you will get good shots and other times the visibility of the ocean is not as clear and you cannot even see something that is beyond 2 meters. It’s through learning and knowing what works for you that you will get good photos.  You need to be patient. For example, the seahorse, they are a bit shy but when you wait they will start coming up again. You also need to know how to work with lighting in order to capture your subject. 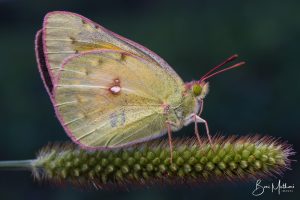 Boniface Muthoni for a beautiful image of the African Clouded Yellow Butterfly on the seedhead of grass.

The judges were impressed by the contrast of the colors and the level of detail of the grass and the butterfly. We spoke to Boniface about his image.

What is the story behind this image? It’s all about showcasing nature, especially the small creatures, and have nature come alive and beautiful at the same time. In most cases, we only look at the most prolific animals. With the smaller animals, we need a lot of details to be able to see them considering they are also important in the ecosystem. It is through butterflies, bees, and many other insects that do a lot of work in terms of pollination, and other animals, including humans, are able to get food.

What camera do you use? With a Canon 7D, I use improvised gear to take the macro photos using extension tubes attached to a Canon 15mm lens. It’s a simpler and affordable way of shooting macro photography since macro lenses are expensive. My light is also modified. I have made a small softbox using a lunchbox. You need to work with the light since you have to shoot macro photos very close and the light may diffuse making the background dark or blurred.

This is Boniface’s second win. He walks away with Ksh 500. Check out his macro photos on Instagram @Bonimuthoniimages. Congratulations Boniface. 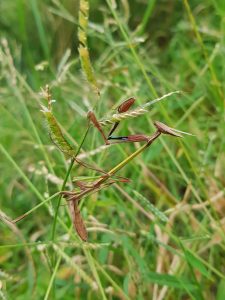 Mustafa Adamjee for a striking and well-camouflaged image of an Alien Head Mantis.

The judges were impressed by the photographer’s ability to capture the camouflaged insect as well as the composition of the photo. The image shows how nature can be so well blended and when you take a closer look you get to see nature stand out.

Mustafa took the photo with his phone when he least expected it as he did not have his camera with him at the time.

This is Mustafa’s second win. He walks away with Ksh 500. Check out his wildlife images on Instagram @the_kenyan_birder. Congratulations Mustafa. 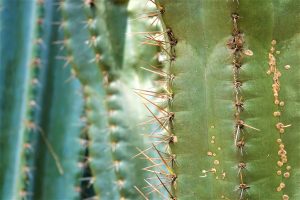 June Mwangi (11 years) for a captivating image of the thorns of a Giant cactus.

The judges were really impressed by the depth of the cactus and the thought of actually choosing to take the photo of a cactus. We spoke to June about her image.

What is the story behind this image? I realized people don’t take a lot of photos of cactuses so I decided to do this and see the thorns

This is June’s second win and since she started taking photos she has realized it’s fun and she is learning a lot about photography. She walks away with Ksh 400. Congratulations June. 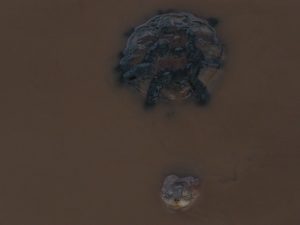 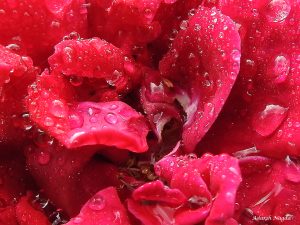 The judges commend two junior entries, Adarsh Nagda (11 years) for a sharp photo of a flower which he was able to capture the good balance of the water droplets and Veer Sikand (10 years) for a photo of a Terrapin in the mud taken at Nairobi National Park which is very well composed.

This week’s theme is HUMANS HELPING NATURE. Send your submissions (phone and camera photos) to bit.ly/WildlifeWarriorsKE (3 images per person only). Junior category is age 15 and below. Entries close on Sunday, May 17th, 2020 at midnight.