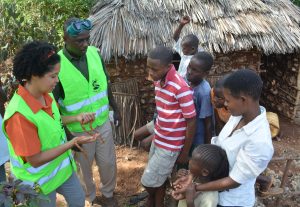 The severity of snake bites has been neglected for many decades, leading the World Health Organization (WHO) to list it as a neglected tropical disease to draw global attention to the problem.

As we mark this year’s International Snakebite Awareness Day, our goal is to reduce the preventable loss of lives and disabilities due to venomous snake bites. Snakebites disproportionately affect poor people.

It is sudden and does not discriminate. It is unacceptable that knowledge on prevention and management is a preserve of a few.”   Dr. Gladys Mwangi, Clinical Pharmacist, Dean School of Pharmacy, Kenyatta University.

According to WHO, an estimated 5.4 million people are bitten each year with up to 2.7 million envenomings. The film ‘Minutes To Die’ indicated that 125,000 people die from snake bites every year and 20,000 of those deaths are in Africa with 1,000 deaths in Kenya.

Puff adders are the main cause of injuries and deaths in Kenya because they are nocturnal and well camouflaged. Puff adder venom is potently cytotoxic, causing severe pain, swelling, blistering and in many cases severe tissue damage. While most snakes will slither away to avoid people, the puff adder relies on its camouflage to avoid detection because it does not move fast. As it lies in wait for prey on paths, it is most frequently stepped on when people are coming home or visiting outdoor bathrooms at night. The venom of the black mamba usually takes hours to cause death, and it can easily be prevented by the administration of antivenom. The Black mamba is considered the world’s largest venomous snake and the fourth most venomous snake. Its bite can kill within half an hour. Its venom, a neurotoxin, kills by paralyzing its victims. The third dangerous species in Kenya is the Cobra, and we have several species. The black-necked spitting cobra is common and mostly spits venom into the eyes of the victim. The venom of this snake is potently cytotoxic causing pain, swelling, blistering and possibly tissue damage. Most people are bitten by these snakes while trying to kill them.

While snakes are dangerous to people, they are also important in the ecosystems. Most snakes feed on rodents and other small animals that are pests and sources of diseases and the unique olfactory capacity of snakes means they will be attracted to areas with many rodents like granaries and food waste dumps.

“Public education about the importance of snakes, how to avoid snake bites, and what to do in the event of a venomous snakebite are key ways that schools, parents, influential people, leaders, and media can help reduce snakebite deaths and injuries in Kenya”, said Dr. Paula Kahumbu, CEO WildlifeDirect.

Kenya Wildlife Service (KWS) has also noted that compensation claims for venomous snakebites accounted for 81 percent of all human-wildlife conflict claims under the Wildlife Conservation and Management Act (2013). These claims accumulated to several billion Kenya Shillings over the last four years prompting the Cabinet Secretary for Tourism and Wildlife to declare the situation a crisis that threatens to bankrupt the country. The burden led to the removal of snakes from the list of species for which compensation is eligible, aggravating an already very devastating problem.

Early last year, three Non State Actors, Bio-Ken Snake Farm, WildlifeDirect, Kenya Red Cross formed a partnership to elevate the status of snake bites as a national concern and have initiated discussions with relevant government and non-government stakeholders including World Health Organization, Ministry of Health, Ministry of Tourism and Wildlife and Kenya Wildlife Service. This group is advocating for venomous snake bites to be given the same status as rabies as a notifiable disease. This would enable the government to collect data on incidents in order to stock the correct antivenom in the snakebite hotspots and this would reduce fatalities significantly.

Snake bites can also be avoided through three simple actions; 1) keep snakes away from your home by keeping it clean, cut the grass around the house, and use torches when outdoors at night, 2) use correct first aid and go to the nearest medical facility as quickly as possible after a snake bite and 3) Do not try to kill a snake – avoid snakes or call an expert to remove them.