Creating Awareness about life below water 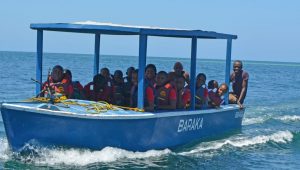 On a sunny Saturday morning in March, hundreds of local residents, volunteers and school children joined WildlifeDirect, Kenya Wildlife Service (KWS) and other non-governmental organizations in a cleanup exercise to rid the beaches along Malindi of plastic wastes.

Oceans cover three quarters of the earth’s surface, contain 97per cent of the earth’s water, and represent 99% of the living space on the planet by volume. Over three billion people depend on marine and coastal biodiversity for their livelihoods. The ocean is thus a vital ecosystem and needs to be protected.

It is estimated that by 2050, our oceans will have more plastic than fish. Plastic waste has become a menace especially single – use plastics such as straws, plastic bottles, plastic cups, plates and cutlery, which is threatening marine life. This event was organized a day before the World Wildlife Day 2019 to create awareness about the impact of plastics on our oceans and the life below water. World Wildlife Day is marked on March 3 and this year’s theme focused on marine life which aligns with goal No. 14 of the UN Sustainable Development Goals. The day was proclaimed on December 20th, 2013, at the 68th session of the United Nations General Assembly (UNGA). The event seeks to celebrate and raise awareness of the world’s wild animals and plants.

This year, WildlifeDirect partnered with Kenya Wildlife Service (KWS) to take 100 school children from Malindi to experience the Malindi Marine Park and Reserve. The team from Wildlife Direct was led by Trish Sewe, Chief Operations Officer while the KWS Malindi Marine Park team was led by Snr. Warden Jane Gitau. Three schools that participated included; Blessed Generation Primary School, Galana High School and Kakuyuni High School. Many of the children who went on glass bottom boat rides were experiencing marine life for the first and could not contain the excitement as the fleet of boats snaked through the ocean as they learnt about marine wildlife and the ecosystem. The more courageous students jumped off the boats for a swim in with zebra fish.

Speaking after the cleanup exercise, Trish Sewe, WildlifeDirect’s Chief Operations Officer, encouraged the local community and children to learn more about the importance of marine wildlife and how they can protect them. “The future of the ocean is in how we live today”, She added.

On World Wildlife Day, KWS celebrated 50 +1 years since the Malindi Marine Park and Watamu Marine Park were established making these two parks the oldest marine parks in Africa. The event was graced by Kenya Wildlife Service Ag. Director General, Dr. Charles Musyoki. In his speech, Dr. Charles Musyoki, urged the local communities to protect the ocean since this ecosystem provides livelihoods for many communities living along the coastal lines and globally. Also in attendance was the County Commissioner of Kilifi who urged residents living along the banks of Sabaki River to keep a safe distance of 30 meters from the river bank in order to reduce human wildlife conflict especially with hippos that are common in the area. He added that those living within the area will need to vacate as soon as possible to prevent human loss. 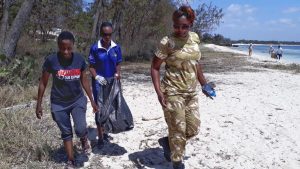 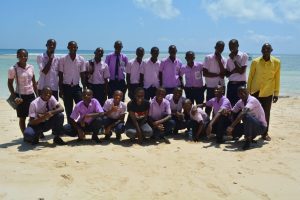 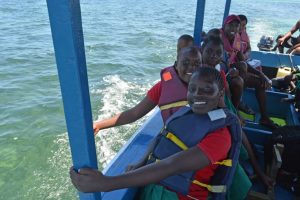