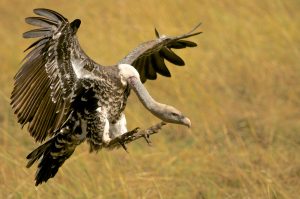 Hell’s Gate National Park is recognized by Birdlife International as an Important Bird Area of international significance. The Park contains the only protected breeding colony of Critically Endangered Ruppell’s Vultures in Kenya, and is a breeding site and/or foraging site for many other threatened birds of prey, including eagles, falcons, hawks, buzzards, and owls. Both planned events will expose these birds to unacceptable levels of noise, night-time light and, in the case of the rally, overflying helicopters, which will surely disrupt breeding and feeding behavior, or even drive the birds away from the area.