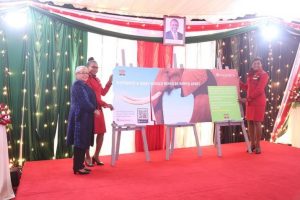 H.E. Margaret Kenyatta, The First Lady of The Republic of Kenya and Hands Off Our Elephants Patron, during the launch of the CITES CoP18 Awareness campaign

The 18th Conference of the Parties to the Convention on International Trade in Endangered Species of Wild Fauna and Flora (CITES) was held on 17 – 28 of August 2019 in Geneva, Switzerland. Kenya’s delegation was led by Tourism and Wildlife CAS, IG (Rt.) Joseph Boinnet. 169 member governments (plus the EU) and 1,700 delegates, observers and journalists attended the conference. WildlifeDirect was represented by our Legal Affairs Manager, Jim Karani who supported legal interventions on several different species proposals.

The big gains included the rejection of proposed lifting of international ivory trade ban that had been proposed by four southern African countries; Botswana, Namibia, Zimbabwe, and Zambia. Another notable gain was the review of measures for the export of live African elephants to  “appropriate and acceptable destinations”, whereby exports outside their natural range will only be permitted in “exceptional circumstances” in consultation with relevant CITES and IUCN bodies, and only if  they provide “in-situ conservation benefits.” 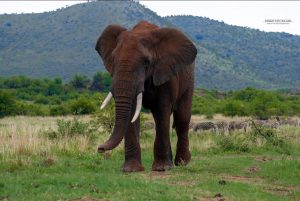 A stunning elephant photo from one of our supporters, Philip van Coller. To learn more about his work go to African Wildlife Photography.

Kenya takes CITES very seriously and actively engages with the public and corporates. On July 31 ahead of the Convention, H.E. Margaret Kenyatta, the First Lady of the Republic of Kenya and the patron of WildlifeDirect’s Hands Off Our Elephants campaign, launched the national campaign calling for the closure of all ivory markets.

Kenya had presented 8 proposals among them was the listing Pancake tortoise in Appendix I to prohibit any trade-in wild-caught live specimens and listing of Giraffes, Wedge fish shark and Teat fish in CITES Appendix (II). These proposals sailed through thus ensuring that the trade-in their specimens is not detrimental to their survival in the wild.