Marchers across the world demand justice for wildlife

Today, 7 October 2017, thousands of people are gathering in more than 100 cities all over the world to show solidarity with wildlife in the Global March for Elephants, Rhinos and Lions. This year’s theme ‘Justice for All’ draws attention to the dire threat to these species as a result of international wildlife crime.

In my home city Nairobi, the planning for this march has involved tens of organizations, including NGOs, local and national government agencies, universities, schools, companies, diplomatic embassies and local communities. More than 100 young volunteers have helped with preparations and will be present on the day to make sure everything runs smoothly.

A colourful turnout of thousands of people from all walks of life is expected. We are hoping that, as last year, it will be the largest Global March in the world. 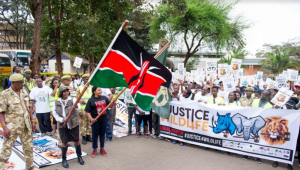 This march shines a light on the power of partnerships. The illegal wildlife trade is global business run by shadowy syndicates that are also involved in trafficking guns, drugs and people. No single country has the power to defeat them, but the global solidarity of citizens and nations can drive them out of business.

In Kenya, the 20 year jail sentence imposed last year on ivory trafficker Feisal Ali Mohamed warned poachers and traffickers to quit the business or suffer the same fate. While poaching remains rife in many parts of Africa, there are encouraging signs that other African countries are adopting a similar hardline approach. Earlier this week a Zimbabwe businessman was sentenced to 10 years in jail for illegal possession of a tusk.

In response to international pressure, China has banned the trade in ivory, a measure will come into force at the end of this year. Yesterday, in a belated but very welcome move, the UK followed suit. Shutting down these two erstwhile centres of the legal trade in ivory will help prevent illegal ivory being laundered by criminals. 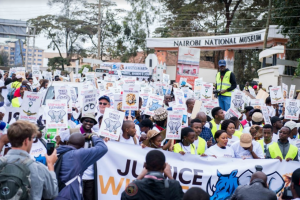 Participants on the Global March for Elephants and Rhinos in Nairobi. ©Africa Nazarene University

By increasing the risks of obtaining and selling illegal wildlife products we can reduce the criminals’ freedom of action and curtail their operations. According to Kaddu Sebunya, the President of the African Wildlife Foundation:

Some great strides have been made to save elephants. There is a global momentum against illegal trafficking in wild animal products, as evidenced by China’s ban on trade in ivory products and the recent decision by Japanese online retailer Rakuten to join the list of others who no longer allow the sale of animal trophies on their platforms. These moves raise hopes that the life expectancy of elephants and other endangered species in the wildlands will go up in the coming years.

Hemmed in on all sides, traffickers in illegal wildlife products are retreating to enclaves in remote countries. A recent report by Save The Elephants reveals that the ivory trade in Laos is now the fastest growing in the world, as controls have been tightened up in China and neighboring Southeast Asian countries.

Massive pressure must now be applied with the aim of shutting down the trade in Laos and the few other remaining countries where traffickers can still operate with impunity. 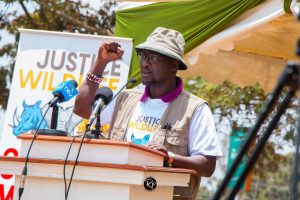 Diplomatic efforts and intergovernmental agreements such as CITES have a key role to play. The recent failure of an online auction of rhino horn in South Africa shows how, even when one country breaks ranks, international trade bans can be effective.

Prospective buyers decided that the risks involved in illegally exporting and selling the rhino horn, even though it had been purchased legally in South Africa, were just too high.

But the driving force behind advances in the war on wildlife crime has been demands from citizens across the world on governments take action to stop the poaching of elephants and rhinos and end the trade in ivory and rhino horn.

The Global March is a platform for building a global citizens’ alliance for wildlife. For defenders of wildlife in countries where they are still in a minority, the Global March is a source of solidarity and strength. In other countries such as Kenya it has become the rallying point for building an unprecedented partnership for wildlife that draws support from every sector of society. 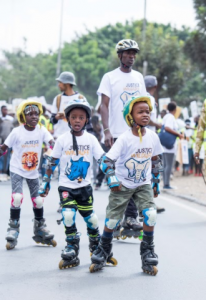 The march is also an opportunity for reflection on what ‘justice for all’ means in different local contexts. In India marchers are also protesting against the use of Asian elephants in temples and parades and elephant trekking. In Botswana they have included pangolins—the world’s most trafficked mammal—in the title of their march. In Kenya, we are also marching for justice for the communities that live with wildlife.

Justice for wildlife means more than just protecting wild animals from poachers and abuse: like humans they need space to live. Kaddu Sebunya told me of his concerns:

If we don’t make wildlife relevant for Africans, and African economies, we will lose the space that wildlife needs and I fear that our animals will become homeless. We are losing habitats at an alarming rate. In the period between 2010 and 2015, Africa lost an estimated 2.8 million hectares of forest per year.

According to Sebunya, Africa’s leaders must not view wildlife conservation as a burden to their budgets, but an opportunity for growth. Ecotourism, which depends on wildlife, is one of the fastest growing sectors of the tourism industry in Africa.

This article was first published on the Guardian on October 07, 2017.