Nature in the backyard or city – Nature’s Treasures Photo Competition

This week, the Wildlife Warriors Nature’s Treasures Photo Competition on the theme Nature in the backyard or city received 131 photos from 55 different photographers. Among this, the junior entry received 11 beautiful photos from 5 young photographers.  The judges noted that the quality of photos submitted is getting much better. 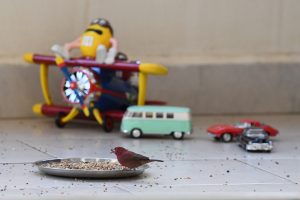 Sheel Gosrani (16) for a well-taken image of a Red-billed Firefinch with the toys in the background.

The judges unanimously chose the photo and were intrigued by the by angle and sharpness of the image. The judges noted that the photographer must have waited for the bird to come feed. The image shows how nature is living alongside humans even in our homes. We spoke to Sheel about his image.

When did you take the photo and where were you? I took the photo at our balcony the same day I submitted it to the photo competition.

What is the story behind this photo? The bird came to our balcony and laid her eggs. We feed it so that it can nurture its own chicks. It was the first time I took a photo using manual focus. I wanted to take a picture of the bird with food in its mouth so I waited for about two hours. I was lying on the ground until finally I captured it.

What do you do for a living? I’m a student

What do you love most about nature photography? I’m more into wildlife photography at the moment and I’m currently starting out.

Congratulations Sheel who wins Ksh 1000. Check out his amazing photos on Instagram @sheels_photography. 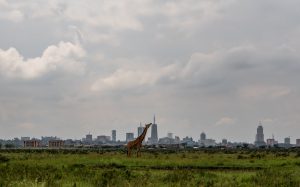 Nili Gudkha for a striking image of a giraffe with the backdrop of Nairobi City’s skyscrapers.

The judges were impressed by the photographer’s well thought out photo and how she positioned herself to get the perspective of the city which aligns with the theme ‘nature in the backyard or city’ perfectly. We spoke to Nili about her photo titled the “Wild Kiss”. She was at the right place at the right time. An illusion of a giraffe kissing one of Nairobi city’s buildings.

When did you take the photo and where were you? I took the photo in Nairobi National Park in June 2019.

What is the story behind this photo?  I was heading out of the park on this day and I found the giraffe with a backdrop of Nairobi City’s skyscrapers. The giraffe was grazing and as soon as the giraffe got up and looked to the sky he was aligning with the building. He looked like he was eating the building.

What do you do for a living? I’m a full-time wildlife photographer and I plan Safaris across East Africa.

What do you love most about nature photography? I’m a nature lover. I like capturing real things. I like showing the world what wildlife is like. Everybody looks at wildlife in a very different way but I want to show the realness of wildlife.

Nili walks away with Ksh 500. Have a look at her wildlife photography on Instagram @thejunglechic. Congratulations Nili! 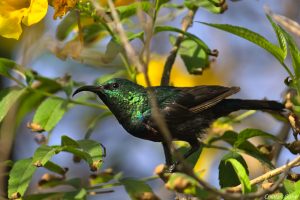 Chintan Gohel for a very beautiful and sharp image of a bronze sunbird.

The judges were fascinated by the iridescence on the bronze sunbird which was well captured by the photographer. We spoke to Chintan about his image.

What is the story behind this photo? I was testing a new lens. Where I work there are plenty of trees and a lot of birds are usually around. The sunbird was one of the birds I really wanted to capture. Every time I looked for it, it always flew away but was able to capture it one day in the evening.

This is Chintan’s second win. He walks away with Ksh 500. Check out his wildlife images on Instagram @chintan_p_gohel. Congratulations Chintan. 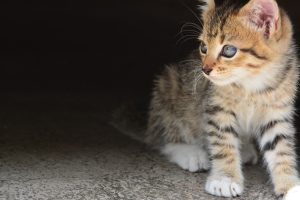 Nikita Nagda for an image of a well-composed domestic cat.

The judges were impressed by the composition, the perfect catch light, and the angle of the photo. Even though the image may be of a domestic cat, the junior photographer could be a future big cat photographer as she displayed some skills in learning about cat behavior.

Nikita’s image shows how, while living in an urban area, you don’t have to have a big camera and go on safari to capture wild animals in their natural habitat. You can capture images in your own backyard and practice your photography skills even at home.  We spoke to Nikita about her image.

Where and when did you take the photo? I took the photo in our compound at home.

What inspired you to take this photo? We found a new kitten in our garden and I wanted to see if I could take nice photos of him.

What camera or phone did you use? I used a Nikon D5200 camera.

Do you have any tips for young photographers? You have to see where they are and bend down to get to their level. 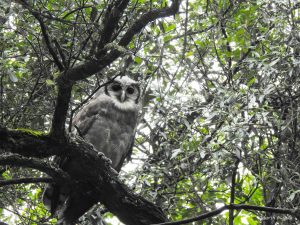 The Judges commended Adarsh Nagda (11) for his impressive image of a Verreaux’s eagle-owl taken at Nairobi National Park. The image was well composed and a unique animal to be captured by a young photographer.