Skip to content
Previous Next
Safeguarding green spaces in Nairobi 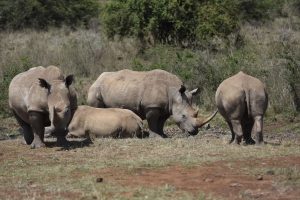 In 1989, an attempt to build a sixty story building by the then government at Uhuru Park was protested against by the late Nobel Laureate Prof. Wangari Maathai and her organisation, the Green Belt Movement. Uhuru Park is a Green Space in Nairobi which has stood the test of time in the face of an increase in rural to urban migration over the years. Today the park still maintains expansive lawns, shade trees, well-tended gardens, and is a great place to relax, explore trees and even the bird life.

According to the World Health Organisation (WHO), green spaces such as parks, urban forests, wetlands or other ecosystems, represent a fundamental component of any urban ecosystem. The presence of green spaces in urban areas offers an area for physical activity and relaxation while filtering noise and dust. With urban forests, oxygen produced by trees filter out harmful air pollution and enhance water distribution into lakes and ponds which moderate temperatures within the city.

The flow of nature is systematic across Nairobi County. The green city in the sun, as it is fondly called, has Nairobi National Park to the south and is bordered by the Karura Forest located north of central Nairobi. Nairobi city is also endowed with an Arboretum which has over three hundred and fifty tree species, Nairobi Arboretum, and a number of parks and open green spaces which include Jevanjee Gardens and City Park. The diversity within is supreme for a global capital city that holds unique green spaces.

Nairobi National Park is the only National Park within a city and Kenya’s oldest protected area hosting over four hundred bird species and four of the big five. Its proximity to the city centre offers a place to see wild animals in their natural habitat. As at the break of dawn and early morning, you are assured of spotting lions, leopards, rhinos, crocodiles, giraffes and buffalos. The park is a clear sign of human-wildlife co-existence for centuries.

Karura Forest is not only a green space that is a birder’s paradise but also offers an environment for physical activities. It is also a forest with a rich history dating as far back as serving as a hideout for the Mau Mau during the colonial period.

The forest has faced controversial land grabbing attempts. In the late nineties, conservationists, led by Prof. Wangari Maathai stood to protect the forest from a housing project that excised portions of the forest.

Studies have shown that green spaces are linked to mental health which can improve our wellbeing. Physical activity in natural environments have been observed to remedy mild depression and reduce physiological stress indicators.

Due to an expanding urban population, green spaces in Nairobi still continue to face increasing development pressure. It has been reported that Nairobi city has lost 22% of the city’s green spaces cover in the period 1990-2016 (Maha Mirza, 2017). The main causes have been identified as infrastructure development and illegal encroachment by government mega projects and real estate development.

The effects of the loss of urban green spaces in the city of Nairobi is evident in the frequent floods, higher temperatures experienced, especially in congested informal settlements of Nairobi, degradation of green spaces from overcrowding and congestion in the remaining accessible green spaces and a rise in insecurity.

WildlifeDirect understands the importance of good infrastructure for the social and economic well-being of citizens that is vital for poverty alleviation. Kenya’s green spaces contribute massively to the economy through tourism, in addition to recreation and health, biodiversity conservation, cultural identity, environmental control, and climate change impacts resilience and adaptation.

WildlifeDirect is also launching an Environmental Justice Desk at its office to strategically support environmental advocacy and citizen action by providing legal support.  This is to ensure Environmental and Wildlife compliance in Kenya. WildlifeDirect invites partners to support this initiative and engage the organisation to enhance sustainable development in Kenya.