WildlifeDirect continues to connect people to their wildlife and nature especially during the Coronavirus pandemic through high-quality wildlife documentaries every Sunday on Citizen TV at 5:30 PM EAT. In July, three wildlife films have been screened showcasing African wildlife. Elephants, chameleons, hippos, leopards, birds, squirrels, Vervet monkeys, and even baboons, have graced the screens of Kenyans while they are at home. 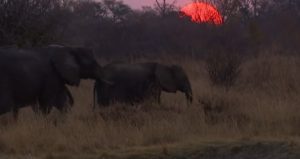 The President’s Elephants is a dramatic, but inspiring story of an elephant known as Lady and the 400-strong elephant herd in Zimbabwe’s Hwange National Park. A lot of elephant family groups found that Hwange Estate was a place of peace and calm with no hunting and found a sanctuary.

The Presidential Elephants of Zimbabwe are protected elephants and shooting at a presidential elephant is as bad as shooting at the president himself. The elephants are named using a strategy similar to the elephants in Amboseli by assigning letters to family groups. There was no formal documentation about the Presidential Elephants’ family structures. A photographic record was started to monitor their social structure and population dynamics. Without the 21-year-old Presidential Decree that protects this remarkable herd of wild elephants, they lose special protection. In 2011, the Late President Robert Mugabe renewed the 21-year-old pledge to protect and conserve the herd of elephants that roam the Hwange National Park in Zimbabwe.

Chameleons of the World 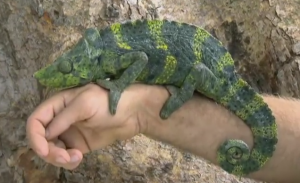 Throughout the film, we also discover how technology is showing us how a chameleon catches prey, how they change the colour on their skins and even how they can adapt to their environment. 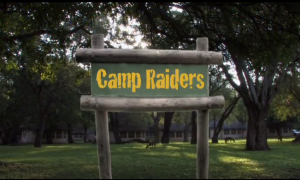 The documentary follows the lives of wildlife that spend most of their time in the camp and picnic sites of the Kruger National Park in South Africa. One of the largest and most popular parks in the world. Most visitors to South Africa’s national parks are not lucky enough to witness a lion kill or a glimpse of a leopard. They are, however, guaranteed to see the stars of this show.

The main characters of the film are birds, squirrels, Vervet monkeys and baboons. The film highlights the social structure of these animals. From the birds who find raising a family in the camp not only safer but easier when it comes to finding food for the chicks, to baboons who are seldom, if ever, dangerous to humans but are capable of inflicting serious wounds when they are cornered. The film also explores how squirrels establish or maintain dominance among intruders.

Camp Raiders highlights how visitors’ negligence has taught monkeys and baboons to associate humans with food and is a clear reminder of why it’s important to keep our parks clean. Living closer to humans is not good for wild animals as their health can suffer from an unnatural diet and they can become a danger to visitors. Cooperation and increased awareness of the public who visit national parks is important to keep our protected areas clean.

We encourage you to tune in to Citizen TV broadcast every Sunday at 5:30 PM EAT for more captivating and high-quality wildlife films about African wildlife.